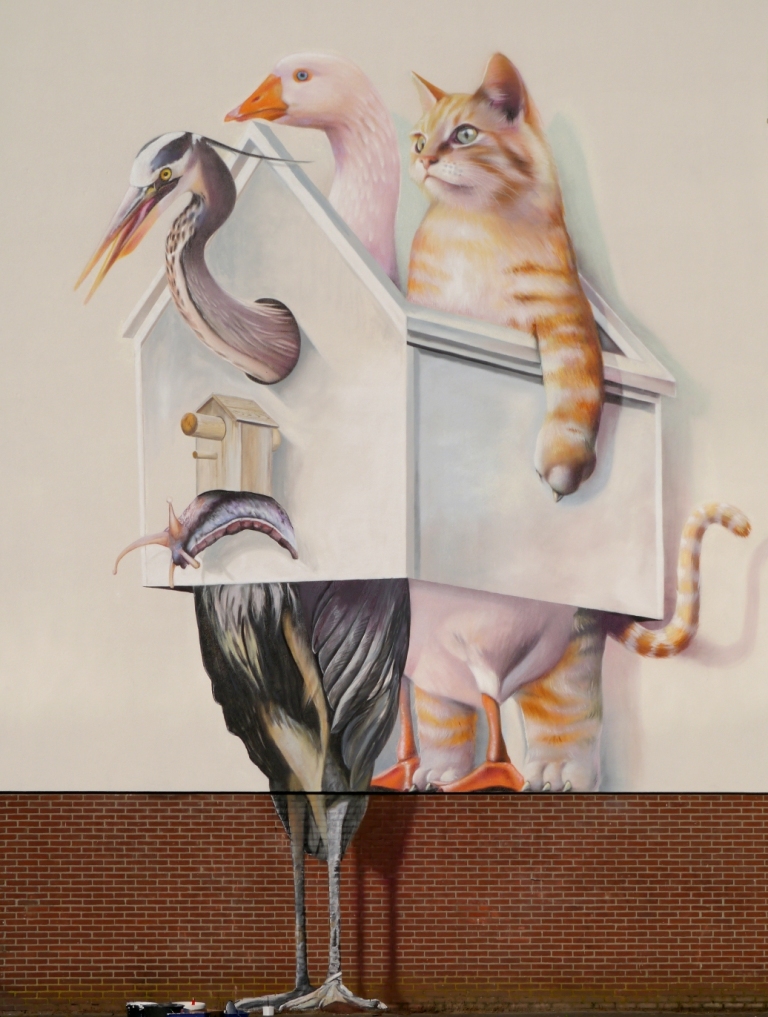 Secretly, but not unnoticed by the local residents, Stefan Thelen and Verkerke created a massive artwork on an end wall in South Goes by order of the RWS (the regional housing association).

Guus Mulders, a poet, was asked to write a poem. This was to be put up in the RWS offices in honor of his retirement. “In fact, this was a ruse so that we could use the poem as a starting point for the artwork. Guus had always been a proponent of murals, but nothing had ever come of it. So this was the ideal gift for him.”