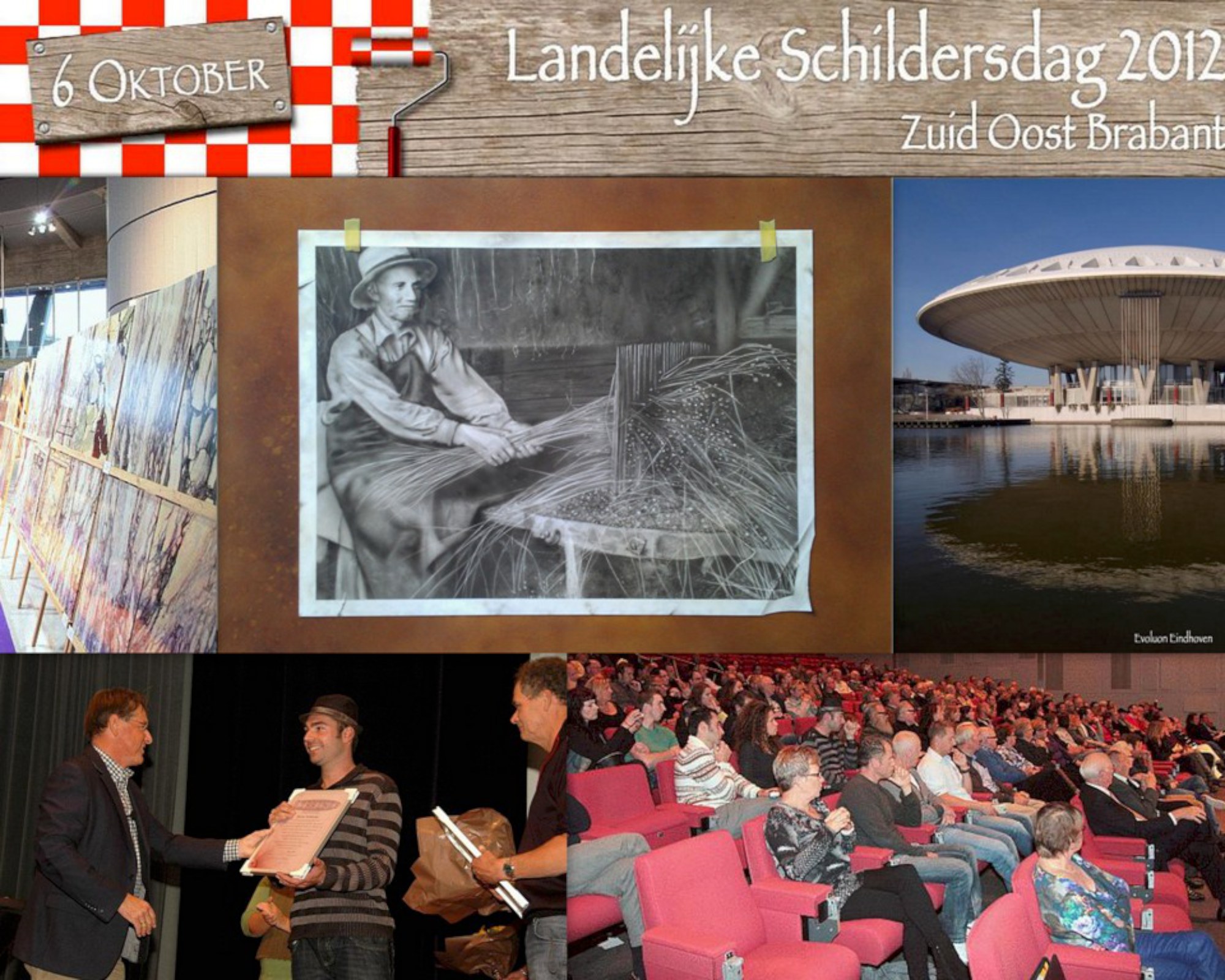 In October 2012, the professional competition was held in Eindhoven, also marking the 40th anniversary of the study group Brabant.

This year’s location was the beautiful, futuristic Evoluon-building, which looks like a UFO. The program was updated this year, and since this year goes by the name: the annual painter’s day. The hall was beautiful, the food delicious and the award ceremony swift. There was also a demonstration by two photographers who take pictures of of abandoned places and decayed buildings, yielding wonderful results. The competition itself was as exciting as any year. Verkerke won in the free task category, was nominated for his marble imitation, and came in second in wood imitation. The winning panel has as its theme industrial heritage and is titled: “them good ole days”. It’s a tromp-l’oeil of a leather background onto which an old, folded photograph is stuck with masking tape. 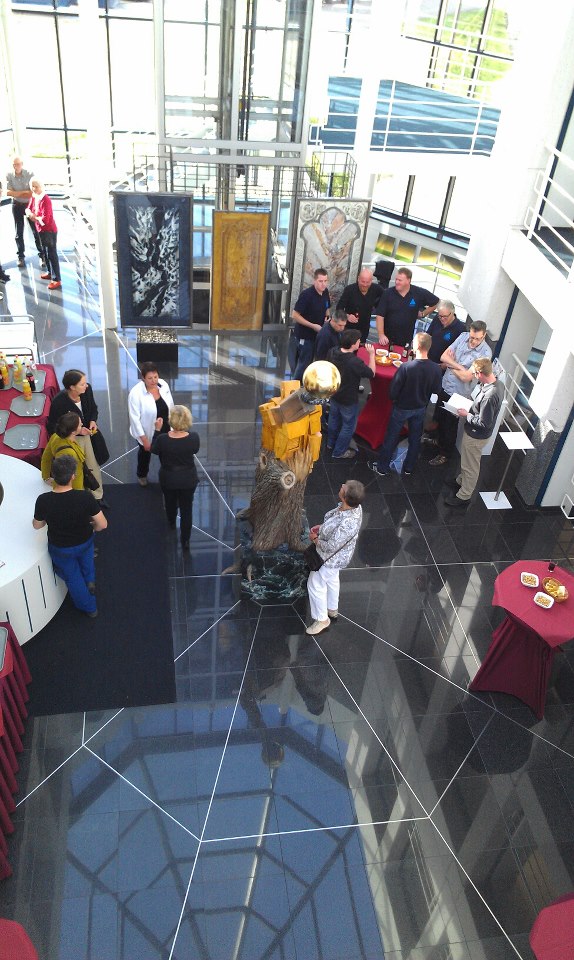